Georgia O'Keeffe and the CMA: The Stieglitz Negotiation 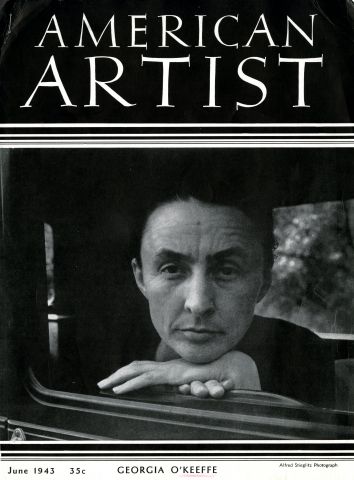 Museum director William Milliken was an early admirer of Georgia O’Keeffe. He convinced the board of trustees to purchase her 1929 White Flower (2162.1930) practically before the paint was dry. Milliken was equally enthralled by the work of her husband, Alfred Stieglitz, whose work was featured in our 1934-1935 photography exhibition. He wrote a rhapsodic homage to the photographer in the March 1935 Bulletin. Both men were anxious that CMA become a home for his work and we immediately acquired six prints. The museum’s ongoing relationship with both artists included additional exhibition and purchases of their work, and O’Keeffe’s service as a May Show juror in 1937.

Following Stieglitz’s death in 1946, O’Keeffe offered the museum a group of 23 original mounted and matted prints to supplement the ten already part of the collection. Protective of her husband’s work and the medium of photography as an art form, she wanted the prints to be unaltered and carefully managed. A cordial, but lengthy, correspondence seemed to assure the gift. However, the negotiation broke down after 1952, ostensibly because O’Keeffe’s conditions were too stringent. Other factors may have interfered including the board’s ongoing reluctance to acquire contemporary works of art, Milliken’s forced retirement, and the museum’s focus on constructing a much-needed addition. Since then, the museum has added an additional five Stieglitz prints to the collection. Georgia O’Keefe bequeathed five paintings to CMA following her death in 1986.