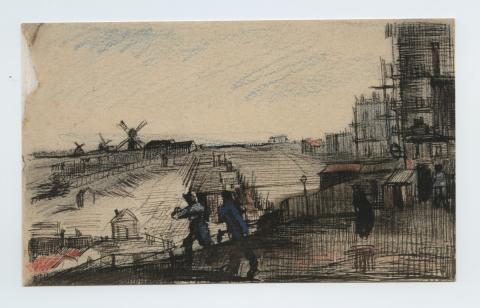 Vincent van Gogh, the influential Dutch Post-Impressionist painter, left one of the world’s greatest artistic legacies.  A fundamental part of this legacy is his sketchbooks. They contain a dazzling variety of drawings, some quick and incomplete, some as polished as anything that hangs in a gallery.  The sketches include preparatory studies for famous paintings, as well as drawings that are miniature works of art in their own right. They are perhaps his most intimate creations and provide valuable insight into Van Gogh’s artistic development. He also used the sketchbooks to jot down everyday matters such as addresses and prescriptions, to copy out poems and to make schematic drawings of perspective frames. 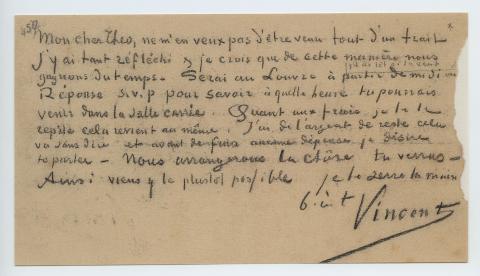 The four sketchbooks remained in the possession of the Van Gogh family until 1962, when the collection was purchased by the newly formed Vincent van Gogh Foundation with funds provided by the Dutch state. In 1973, the Van Gogh Museum received the sketchbooks from the foundation as a permanent loan. Owing to their fragility they are rarely exhibited, and few have been permitted to examine them.  A recent collaboration between the Van Gogh Museum and The Folio Society brings them to the general public for the first time. 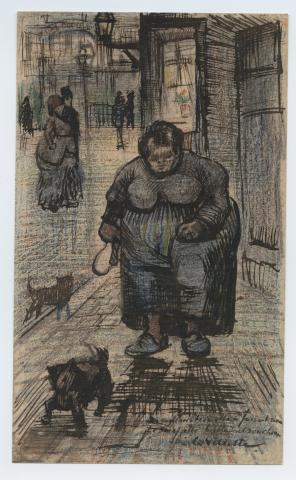 In early 2012 The Folio Society received a commission from the Van Gogh Museum to make a facsimile reproduction of the four sketchbooks.  Along with the commission came a deadline of May 1, 2013, when the Van Gogh Museum reopened after an eight month renovation.  Every aspect of the sketchbooks were examined, proof after proof was made and carefully compared to the originals.  A handsome box with handmade marbled paper was designed to hold the facsimiles.  A commentary text was written by a team of scholars.  This commentary provides a new understanding into the history of the sketchbooks.  It establishes the likely date of composition of every sketch and, where possible, its links to Van Gogh’s finished paintings.  One thousand numbered copies of this treasure were made – 850 available to members of The Folio Society and 150 available from the Van Gogh Museum.  The Ingalls Library has the privilege of owning number 276 of this limited edition.

The earliest sketchbook in the collection dates back to Van Gogh’s time in Nuenen in the Netherlands.  The final one was used in Paris and Auvers-sur-Oise from May 1890 until the artist’s death, from a gunshot wound, three months later. The variety of their contents provides a rare insight into Van Gogh’s working methods. They show us the development of an artist who came to his vocation late in life, dedicated himself to it totally, and never ceased to strive for new modes of expression.