The Book of Books by Stephen Shore

Intrigued by the creative potential of print-on-demand technology, in 2003 Stephen Shore began making a series of books using Apple’s iPhoto service. Each book was a visual record of his activities on one particular day. The project shifted in emphasis in August 2005: wherever he was in the world, Shore would make an entire book on days that The New York Times deemed an event newsworthy enough to apply one of its six-column, full-width banner headlines to it. 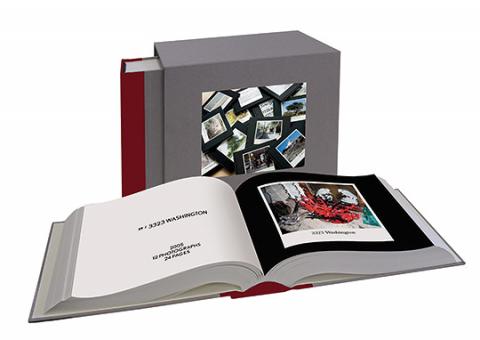 Produced in very limited editions and sold at his galleries, these books have become coveted and collected by the photographic community. They were exhibited as part of Shore’s show at New York’s International Center of Photography in 2007. The set was considered so important that the Metropolitan Museum of Art bought one for its permanent collection.

Limited to 250 copies, the Book of Books is a highly collectible, two-volume compilation of these 83 print-on-demand books. The individual titles are now gathered for the first time in this 2,000-image-strong catalogue raisonné of Shore’s oeuvre. The original layouts, including blank pages, are reproduced at actual size and organized chronologically. In this way, the reader experiences each book and the entire book project as Shore originally intended. 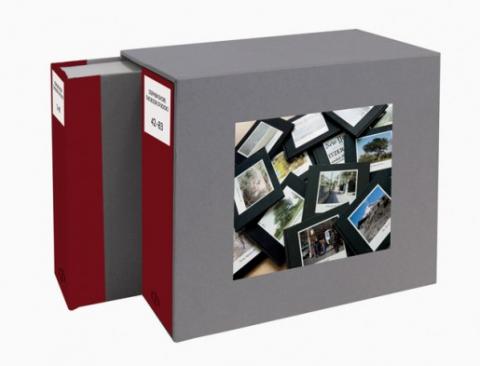 In the preface to the Books of Books, Jeff Rosenheim, curator of photographs at the Metropolitan Museum of Art, writes:

“One need only examine Shore’s very first print-on-demand book to understand how the process could liberate the artist and breathe new life into his lifelong exploration of photography’s creative potential . . . It features the artist’s visual response to New York City stimuli on a particularly intense sunny day in late March 2003. Whittled down to nineteen photographs that recall much of the style and subject matter Shore explored in “American Surfaces,” the book opens with a near-perfect still life of a napkin holder, hot sauce, and ketchup squeeze bottle just inside the window at the Lexington Coffee Shop, and closes with a view of trees seen through a dirty railroad car window. In between are poignant observations from the phenomenon of life and light: a brown paper bag hides a pizza slice, a brass-handled double doorway gleams and awaits visitors, baby Jesus blesses all who pay respect, an array of husky coconuts hide their sweet milk. Emerson would have been delighted by the book: “A dog, drawn by a master, or a litter of pigs, satisfies, and is a reality not less than the frescoes of Angelo. From this succession of excellent objects, we learn at last the immensity of the world, the opulence of human nature, which can run out to infinitude in any direction.”